I began looking for a workshop miter saw some time ago. Sliding compound miter saws are meant for large lumber, such as cabinetry, but I was specifically looking for one I could leave in my workshop for a long time.

I took a look at the Bosch  GCM12SD, a 12” sliding compound miter saw that has some strong recommendations from professionals. You can take a look at my conclusions on this saw below, and if it’s not a good fit I have some alternative suggestions as well.

Things to Consider Before Buying a Sliding Miter Saw

Compound miter saws are complex tools, combining a powerful motor with an arm that allows the blade to move. They’re most often used on big lumber, 2×6 planks for a deck are a good example.

Due to the mechanical components of the arm and the large motor required to run the blade, they’re heavy and less portable than most saws. A cart would be required to move the really big ones around. Many find a place in workshops, however, where the bulk and weight isn’t a big deal.

These saws are best purchased by those who will put them to heavier use, especially hobbyist woodworkers.

Compound miter saws are overkill for many people working at home. If you only need to run through some 2x4s for a small project you may be better served with a regular miter saw or even a table saw.

They’re also not suitable for working with metals. For the most part, the RPM of the average miter saw is too high. The other problem is that not all miter saws have a protected motor, and airborne metallic particles don’t mix well with electricity.

Chop saws are almost the same thing, but built heavier and have lower blade speed to allow metallic cutting.

In short: a compound sliding miter saw is perfect for large lumber used in construction. They’re also a must for amateur carpenters and cabinet makers, who will benefit from the wide cuts and easy beveling of the blade.

This compound miter saw is a high-end professional tool. The kind of saw which could be the heart of a cabinet maker’s workshop. It stands out, even among professional saws, due to the axial glide system.

As a high-end saw, it has a price to match. The good news is that the features make up for it, and most people would be hard-pressed to find a better saw in this category. Check it out as I break it down for you.

The GCM12SD is a full-size miter saw, bearing a 12” blade that has a 6 ½” vertical cutting capacity at 90°. In short: more than enough for most lumber that you’ll be using for projects.

That’s not unique for the blade size. Instead, it’s the horizontal cutting capacity that you should look at. There you’re looking at a hefty 14”, enough for any task you might need a miter saw to accomplish.

The motor of this saw has a 15A draw, which tops out at 3800RPM when unloaded.

It’s enough for even hardwood, but it’s not necessarily exceptional among miter saws. Since they tend to be large workhorse saws, they’re very rarely underpowered. In essence: this saw will cut through any wood you throw at it without issue, but that’s not a rare trait in this type of saw.

One thing to note here: this saw lacks a soft start. Instead of the blade slowly ramping up, you’ll find the motor is just on once the trigger and safety are pressed. It takes time to get used to for most people, especially as most miter saws do have a soft start.

Instead, you have to look to the precision to see what differences in build-quality are there.

Miter saws meant for professional use require tight tolerances and an excellent fence. Both are here, with the saw staying locked into position over the whole course of its slide and a well-built double fence.

Likewise, the bevel positions lock into place easily, so you’re able to do long cuts with a true angle.

The slide is what really sets the GCM12SD apart from the rest. It lacks the rails of most cheaper saws and instead has an arm that bends outwards smoothly. It’s incredibly well-engineered and the difference in the slide has another major effect.

Anyone who’s used a sliding miter saw for a long time before knows that sawdust tends to clog up the works. An arm that doesn’t move can create a safety hazard even when everything else is in order.

The axial glider system avoids that entirely. Leaving you with a butter-smooth slide that won’t clog up. It’s also low maintenance in the long run so you can focus on getting the work done.

This saw is easy-to-use. The miter detents hold well, changing the bevel is simple and doesn’t require you to reach behind the saw blade. That makes things safer and easier during extensive cutting sessions.

The glider-style arm also adds to ease of use. You don’t need space behind the saw to cut and don’t need to watch out for rails while turning the saw either.

It also comes with easy-to-use supports that extend to 40” for holding your workpiece.

The fence moves easily as well and holds where it’s placed. Lastly, the blade can be moved into ten different bevel positions for a wide range of angular cutting.

The only problem that arises with ease of use is a relatively awkward safety on the saw. It’s a common source of complaints, but the truth is that safeties are supposed to be a bit inconvenient. It forces you to think before running the blade.

This is the only place I found this saw lacking. It borders right on the edge of “I can move this around” territory. The entire saw weights almost 90lbs and it’s rather large as well. A cart will be necessary if you’re planning on using this as a job site saw.

You’d do best to consider it a workshop saw unless you’re willing to go further and build a custom cart to haul it’s considerable bulk around.

In all honesty, if you’re planning on using this monster on a job site you’re going to want to look at getting the best miter saw stand to go with it.

There aren’t a lot of extras here, instead, the saw is built around great core function.

So, you’re looking at no laser guide, no light, and a basic blade guard. The latter is clear, however, which allows you to get a better look at the workpiece.

You can buy a laser aftermarket if you wish. Bosch has a set of them which

It also has a dust collection port that works reasonably well. Just attach a standard shop vac hose to it and it does a decent job, but most people could use some extra dust-removing instruction to get the most out of it.

The warranty isn’t great, unfortunately. It’s just a one year manufacturer’s warranty, guaranteeing that the saw is free from defects on Bosch’s end. Any issues which arise should show up in that period of time, however.

If you want serious protection, you need to look into a third party protection plan.

Click here for a full rundown of what I consider to be the best miter saws on the market in 2022. Alternatively continue reading for three alternative options that I think give the Bosch GCM12SD a real run for its money.

The Ryobi TSS102L is another 12” sliding miter saw. While it’s not quite as top quality as the Bosch, it’s available at a cheaper price. It may be a better fit for the serious hobbyist, but it’s lacking in cutting range and will take more room in a workshop.

The basic functions are no slouch, however, and it even comes with a laser guide for those who aren’t comfortable with eyeing things out normally. It’s newbie-friendly, and it makes a good addition to the shop if you want to maximize value.

Overall, this one is a solid pick for the home workshop. It’s not a budget saw, but the price to value ratio might be what you’re looking for. Check out my full Ryobi miter saw review, or go ahead and click below to find out more details.

While it’s pricey, the DWS780 does a few things better than the GCM12SD. Namely: it’s a high-end sliding miter saw which is about half of the weight. It also has a slightly larger vertical capacity, sitting at a cool 6 ¾” as well.

This saw is perfect for job site use, especially for professionals who rely on the daily use of their tools. It’s a dependable, powerful saw which should last for years. It also has a three-year limited warranty, which is a nice touch for such a useful tool.

If you’ve been looking for a workhorse saw that fits on the truck, then take a closer look at the DWS780. Click below to find out more details.

For those who may not use their saw often, simple functions are all that’s needed. The Hercules Professional delivers on that front, but it’s not quite up to par with the big names when it comes to quality. The LED shadow system is particularly attractive for newbies, on the other hand.

Amateurs will find it a great buy, but professionals should look to the safer brands for their daily tools. It’s not a bad saw, but it’s not quite up there with DeWalt or Bosch either. Hercules seems to have filled in the gap in machining with extras on the saw, which is actually a welcome addition.

For those who want a cheaper saw without sacrificing too much in quality, this might be a good option. Check out my full Hercules miter saw review, or click below to check the latest price.

The Bosch GCM12SD is a heavy but powerful sliding miter saw, and the arm arrangement makes it perfect for a workshop. High build quality and a great fence are just a bonus on top of the smoother motion compared to the competition.

I strongly recommend you think about adding it to your home workshop if you’re into serious woodworking. Why not check it out and see if it’s exactly what you’re looking for? 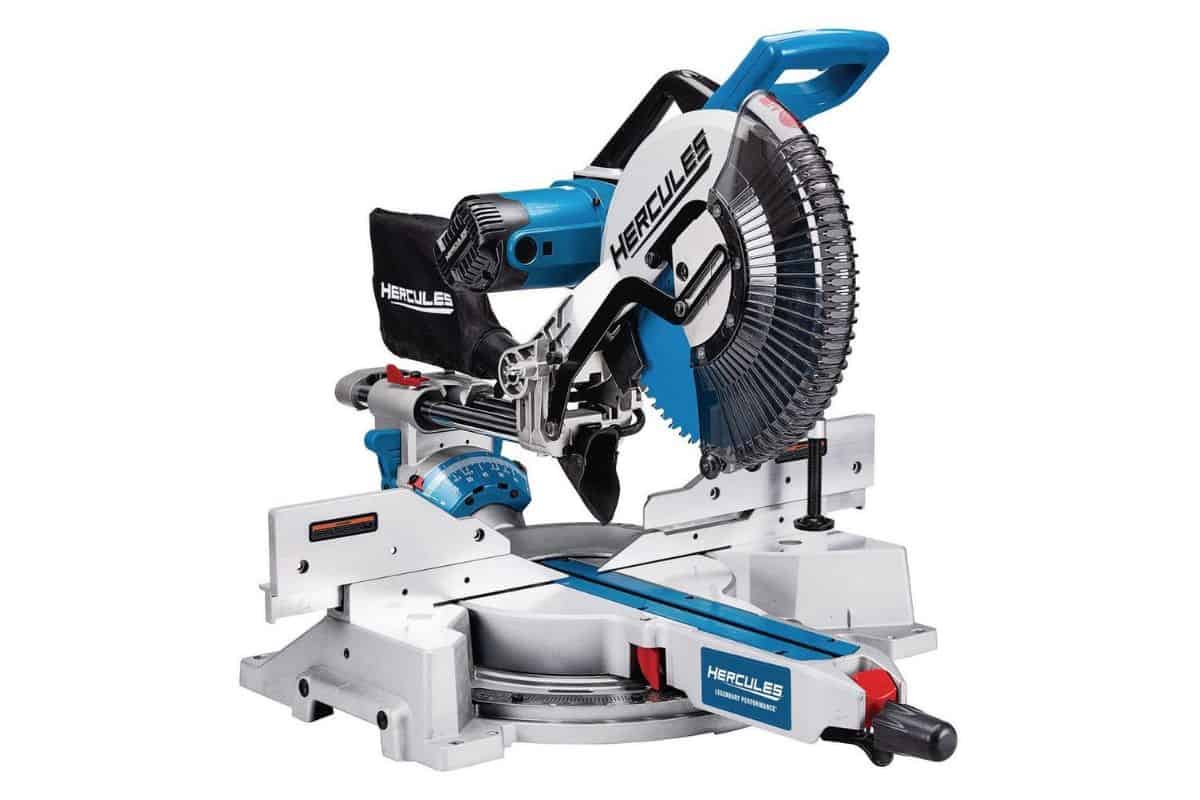 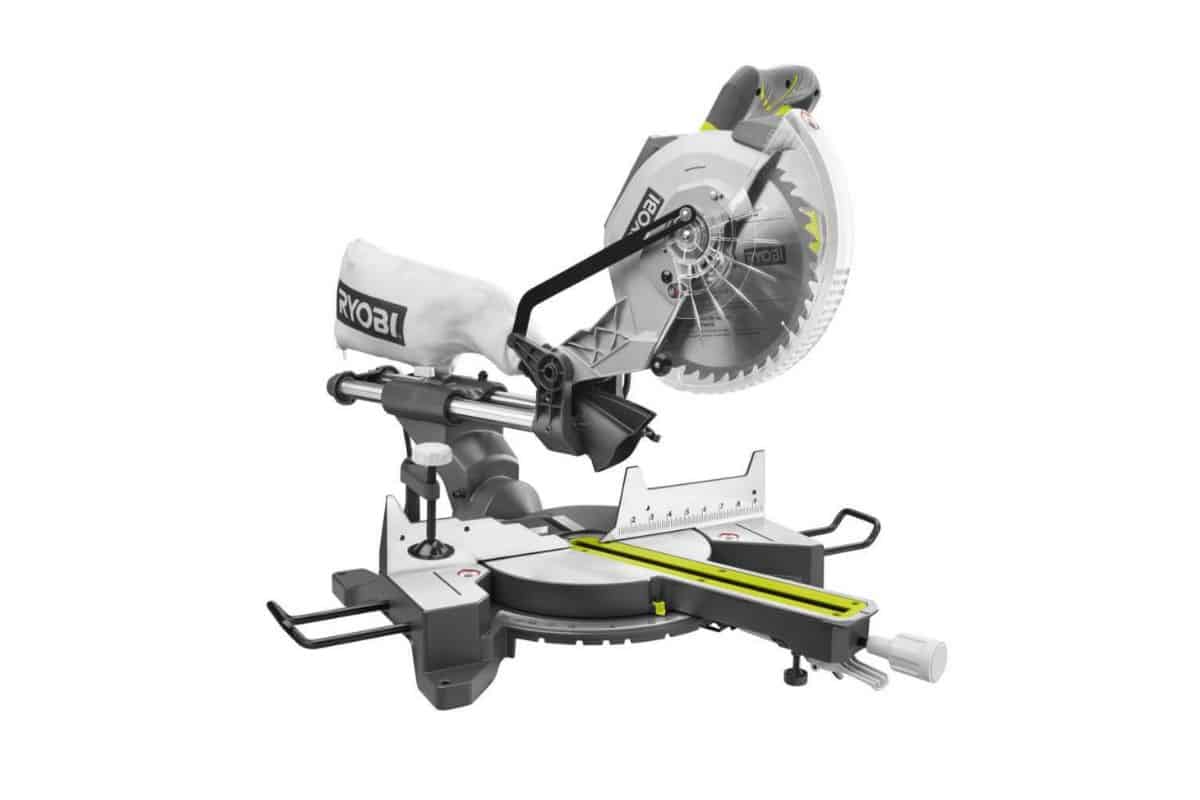 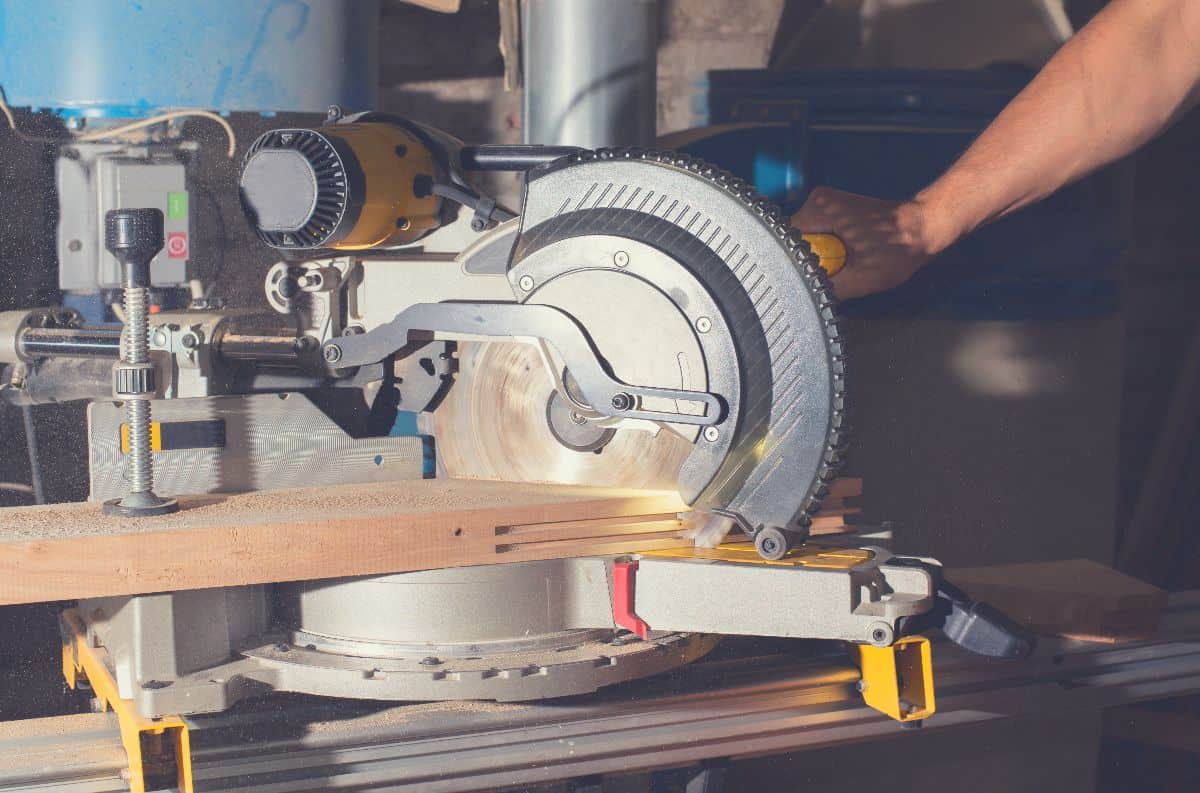